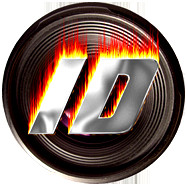 My name is Jason Peckovitch, the owner and photographer of Illusive Dreams, formerly known as Illusive Dreams Motorsports. I currently live, work and play in the Denver area and have been here since March of 1999. I got into photography as a hobby due to my love and passion for automobiles. Ive been shooting professionally since the summer of 2005 getting my start shooting automotive events (car shows, racing and drifting).

In my early days of photography, I submitted a few different events to Gauge Magazine, many of which were featured events in their E-Zine (online magazine). A month later they asked me to be a staff photographer and Ive been working with them ever since. I have also had printed work in Lowrider Magazine and Streetlow Magazine.

I started working with models and autos in early 2007 and have since started been working with independent and agency represented models, artist and family portraits, fashion shows, concerts, weddings, and product shooting. I have a pretty diversified portfolio and can create the images you are looking for.

** In 2013, I became a staff photographer for Common Treads Magazine and since then I have had several car shows featured, 8 vehicle features including one cover (Issue 13)